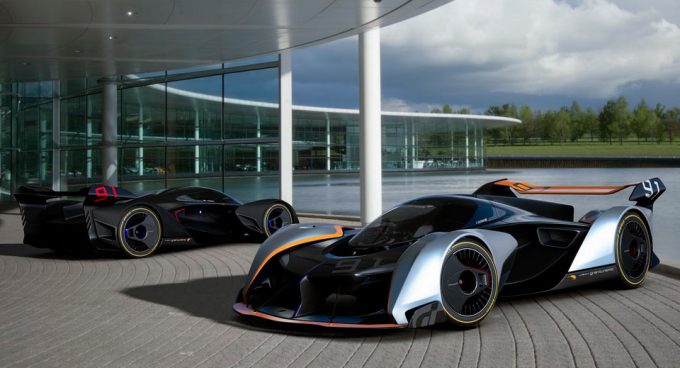 Many car manufacturers have been supplying Gran Turismo‘s game producer Polyphony with virtual ‘Vision Gran Turismo’ cars for several years now. The realistic physics borne from the game’s aim to be the ultimate racing simulator mean that realistic parameters like power and torque can be dialed in.

The McLaren Ultimate Vision Gran Turismo is ‘powered’ by a 4.0-litre V8, with two electric motors for the front wheels. The theoretical output is pegged at 1134hp (845kW) and 1274Nm of torque, in a 1000kg body. McLaren’s design and engineering team responsible for its road-going hypercars put their full attention into this project, which is not limited by the constraints of reality.

The active aerodynamics and styling could inform future Ultimate Series McLaren vehicles. It is described as a ‘sensory overload’.

It is envisioned as a race car for 2030, with a central seating position where the driver lies on their stomach, like a motorcycle. This provides a unique silhouette. Gran Turismo Sport hits shelves on 18 October 2017.