McLaren today took the wraps off the 570S Spider at a formal event in Sydney Harbour, marking its Australian debut. The Sicilian Yellow sportster shone in the Sydney sunlight, which peered shyly through the clouds. 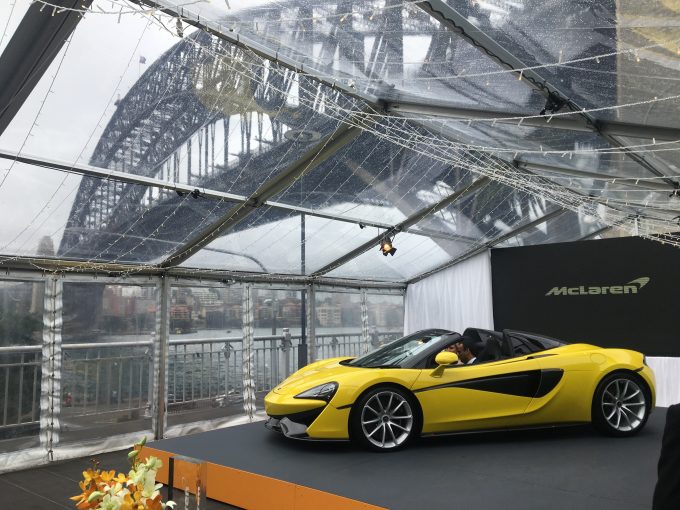 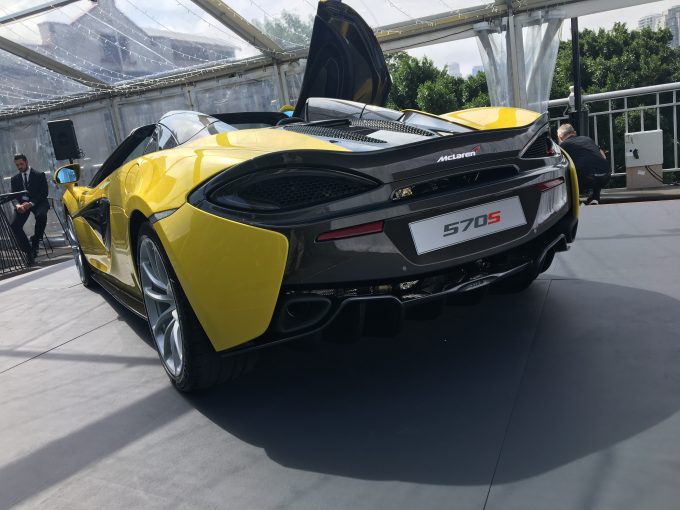 Aerodynamically, the rear spoiler is 12mm higher to compensate for the additional turbulence of the roadster, and there are some slight modifications to the engine. Stepping inside the wide sills requires dexterity but someone of larger stature should still manage the feat. 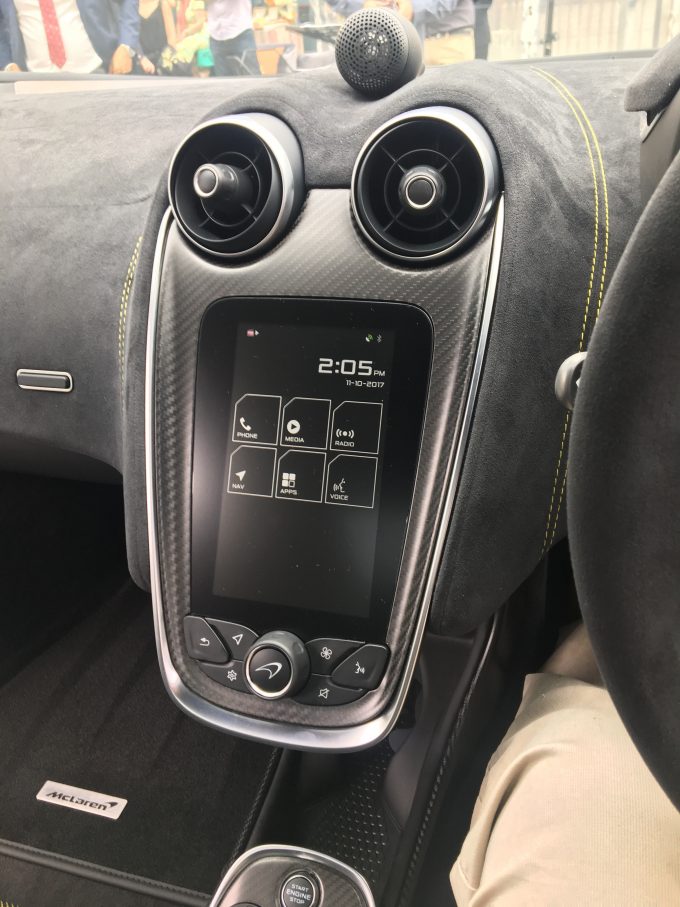 “ We see some fantastic cars and fantastic imagination coming out of our customers. Demand for personalisation has grown.”

Apparently Australian McLaren customers who take up the SVO experience, travelling to Woking to work with McLaren, is around the 20 per cent mark. When quizzed about the possibility of an SUV, Briggs replied:

“Absolutely not. We are the best at two-seater sports cars that are about driving. Ultimately we’re going to stick in that speciality and work on that, because we’re the best at that. Other people do pretty good SUVs and I’m happy to recommend some of those, but the reality is we’re about sports and supercars.”

McLaren is working on a new hypercar which is set to come in as a spiritual successor to the F1. It’s codenamed the BP23, featuring a centre driver’s seat like the F1. Speaking of the BP23, Briggs said:

“The three-seater layout draws the link to the F1, however, this will be more of a hyper-GT car. This will be the McLaren that people will be really looking for a long distance driver. It will be proving out this hyper-GT concept which we’re really excited about” 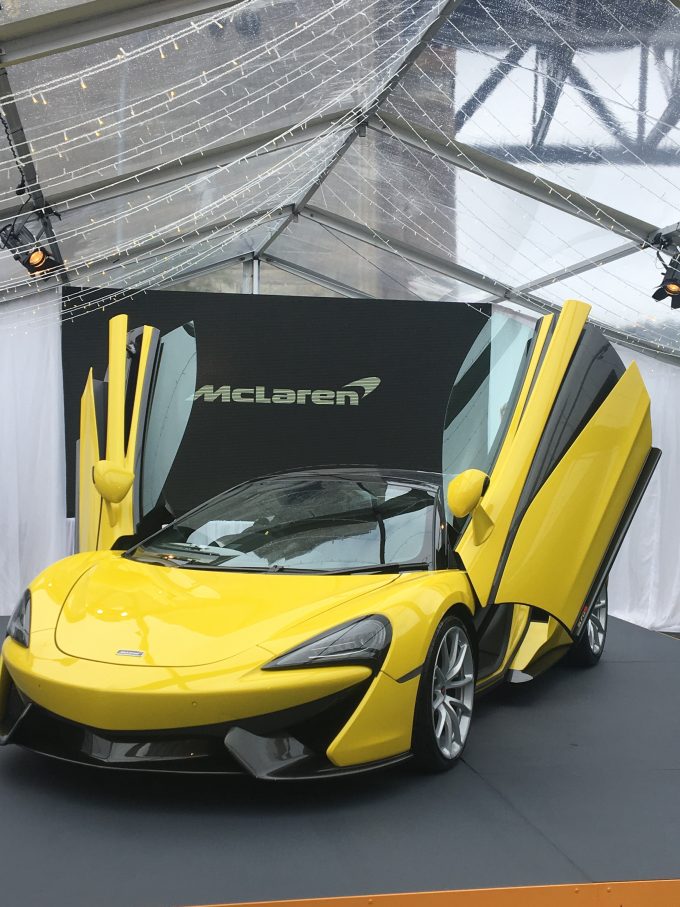 The McLaren 570S Spider starts from $435,750 plus on road costs. For footage of the car’s electric rooftop mechanism, be sure to check our Instagram page.