Good news for Mazda customers as the Japanese brand is embracing smartphone mirroring, with the announcement that Apple CarPlay and Android Auto will be offered on all new Mazda’s before the end of 2018. 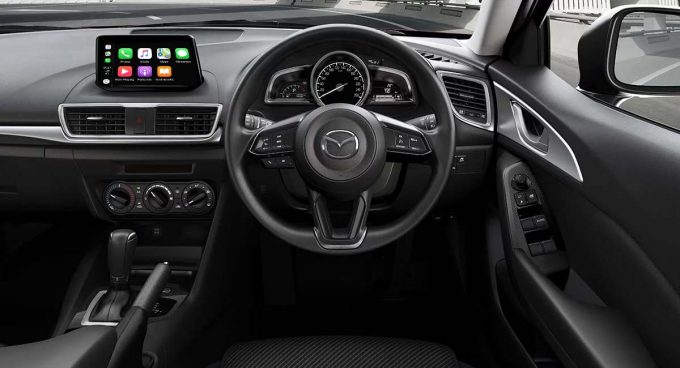 As a nice surprise for current owners of MZD-Connect equipped Mazdas, a retrofit program is also part of the program, but the cost of this has yet to be announced. This will probably involve a trip to the dealership for some software tweaks.

“We will start rolling this technology out on other new Mazda models [beyond BT-50] before the end of the year.
Mazda Australia will offer, by year’s end, an Apple CarPlay and Android Auto upgrade kit, which will work seamlessly with the MZD Connect system. It will be available for all customers with an MZD Connect system that first went on sale with Mazda 3 in early 2014.”

Currently the only vehicle available with the technology is the Mazda BT-50, in models equipped with an Alpine infotainment system, such as the BT-50 GT 4×4 we tested last month. Mazda is not the only brand that has been slow to embrace the increasingly essential smartphone mirroring systems- Toyota is only now starting to roll it out across its range overseas, starting with the all-new Corolla arriving here in August (without Apple CarPlay and Android Auto).

When the 2019 Mazda3 small car is launched, it will debut new infotainment technology and a digital gauge cluster, as well as a revolutionary Skyactiv-X compression-ignition engine. We will bring you more information on new Mazda models as they come to hand.