A start-up entrepreneur from the United States has used his Bitcoin portfolio to purchase a Lamborghini Huracan, as part of a growing trend of buying a car with Bitcoin. 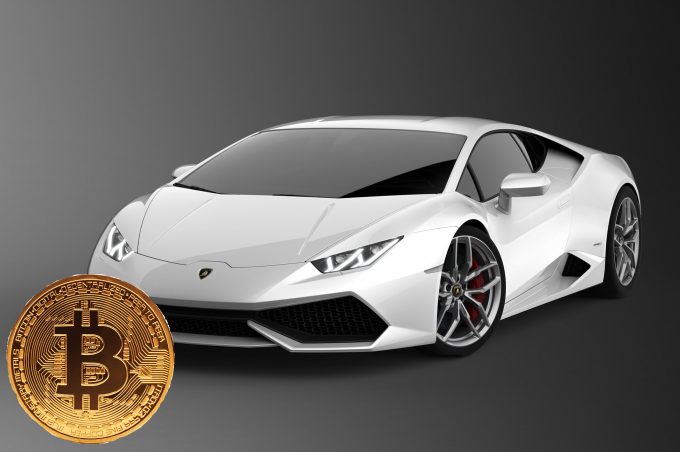 In 2011, Peter Saddington bought US$115 worth of the cryptocurrency when it was valued at $2.52 per coin, racking up roughly 45 or so Bitcoins. At the time of writing, one Bitcoin is worth AU$7406, meaning Peter’s $115 investment turned out to be worth near a million dollars.

Dubbed the Bitcoin Lamborghini, spotted on duPont Registry, the car was purchased entirely from Bitcoin profits. While many automobile vendors around the world have started accepting cryptocurrency purchases, for this particular transaction, Peter converted his Bitcoins back to USD, then drove to the Atlanta pickup location in his modified Audi R8 with gullwing doors and drove off in the Bitcoin Lamborghini.

This is not the first Lamborghini purchased with Bitcoin, with a 4Chan user buying a Gallardo from Lamborghini Newport Beach in California with 216.8433 bitcoins – worth US$209,995 (AU$265,429) at the time. Hence ‘Lambo’ has become slang in the crypto community whenever there is a moonshot (large upward movement) in the currency.

There is a growing number of car dealerships who accept Bitcoin and crypto for purchases. If you’re looking to get into the market, but fear Bitcoin is too expensive now, there are hundreds of other cryptocurrencies to invest in. Other big movers in 2017 include Ethereum and Neo. You can see Peter talking about it in this VINWiki video below.