The final Holden Commodore has made its journey through the Elizabeth, South Australia, production line; a Red Hot SSV Redline manual. 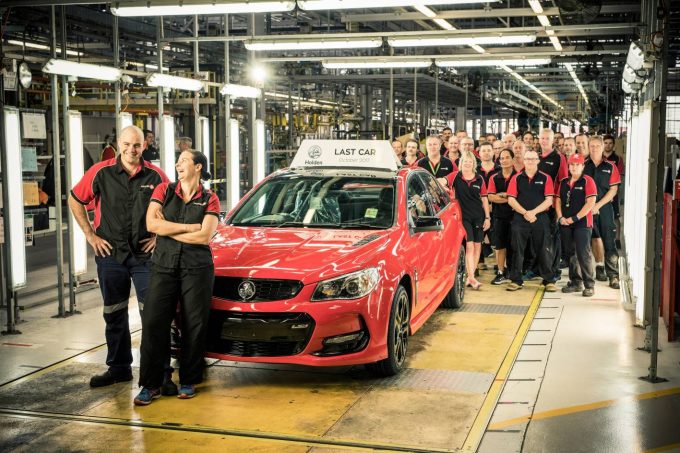 It will be kept as part of Holden’s heritage collection, joining the last Caprice V, Calais V V6, and SS Ute. Car number 7,687,675 completed its production run some 69 years after the first 48-215 (FX) Holden did on November 29, 1948. After Ford closed its Broadmeadows production line last October and Toyota shuttered its Camry/Aurion line in Altona earlier this year, there are no major automotive manufacturers left in Australia.

Holden’s new strategy is to launch 24 new products by the end of the decade, imported from South Korea, Europe and the United States of America. The company says that 85 per cent of workers have been successfully transitioned to new employment, while 1000 staff will remain in various design and engineering roles in Australia. The Global Design Centre is responsible for many international concepts including the Buick Avenir and Opel GT.

Crucially, for fans of V8 and rear-wheel drive, Holden says it is committed to introducing a car of this type, but a time frame is not specified as yet. Their new strategy also includes ride sharing service Maven and On Star in car service.

Do you have a favourite Holden memory? Tell us in the comment section below.