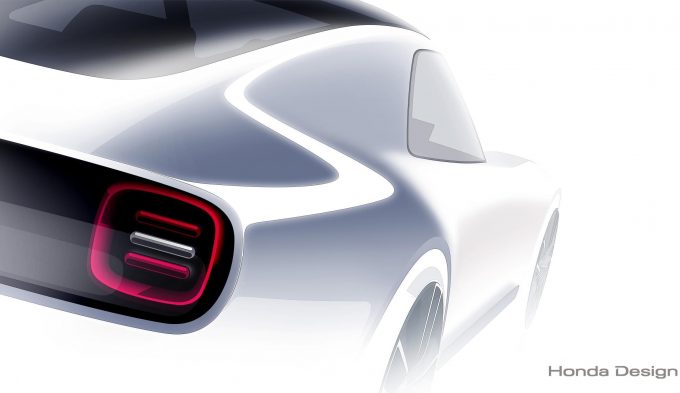 An image has been handed out to give us all a clue and keep us all guessing. Judging by the teaser, the sports car will be a two-door coupe showing off some sexy curves. At the back are square LED taillights, similar to the design adopted on the Urban EV concept unveiled at the Frankfurt motor show.

Honda describes the concept as offering a “feeling of joy and emotional unity to the drive”, and confirms it will incorporate artificial intelligence technology. What this probably means is it will be capable of driving itself at some level.

It is just a concept at this stage but like the Urban EV concept, Honda may decide to transfer some of the inspiration into a future production car. Honda doesn’t offer any dedicated sports cars from its current showroom, except for the NSX which is more of a supercar. It needs something to rekindle its lengthy-but-historic sporting spirit.

Honda is about to launch the all-new Civic Type R in Australia, which should go some lengths to improve its current senior citizen street credibility. With a nice new sports coupe it could be lifted further, potentially coming in as a modern successor to the old S2000 roadster. Let’s keep our fingers crossed. More details on October 25.