Holden is stepping up to the plate and matching Kia’s industry benchmarking seven-year warranty plan, or 175,000km, offering the coverage for its entire showroom range including for the VF II Commodore and upcoming Equinox. 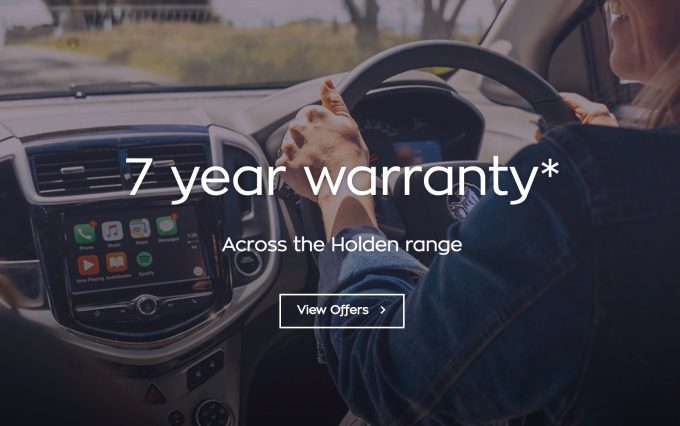 The catch? It’s only for purchases between now and December 31. We have a feeling this is to help shift the last remaining Holden Commodore models from the stockyards, before the all-new, Euro-made Commodore comes into showrooms in February.

Holden says the offer includes for the soon-to-be-released Equinox SUV, which will come in to replace the Captiva in December. Speaking about the deal, Michael Filazzola, Holden executive director for sales, said:

“Usually car companies reduce prices towards the end of the year as part of a plate clearance. Holden already has exceptional prices right across the board. This 7-year warranty offer across Holden’s range provides further tangible value to customers.”

Up until now Holden has been offering its vehicles with an industry standard three-year/100,000km warranty package. Vehicles also come with a one-year free roadside assistance package with 15,000 service intervals.

Commodore sales have been going quite strong all year with no huge sign of decline, despite local production winding down to an end. Up until the end of August this year Holden has sold 14,647 examples of the Commodore, which is down 14.7 per cent compared with the same period last year.