What’s happening in the pickup ute segment is nothing short of staggering. There are plenty of utes coming in the 2018-2019 year, as depicted in our feature. There are a slew of luxury oriented utes on the way in the form of the Mercedes-Benz X-Class and Volkswagen Amarok Ultimate on the way, but in the wake of the 2018 Ford Ranger Raptor‘s unveiling, let’s have a look at some harder-edged off-road warriors on the way.

Ford, Holden and Toyota are bringing out versions of their highly successful Ranger, Colorado and HiLux to sit up the top of the food chain with much more of an adventure bent than the current range flagships of Wildtrak, Z71 and SR5. These desert racer inspired monsters capitalise on one of the fastest growing segments of the Australian new car market and the aftermarket accessories buyers typically choose for these cars. 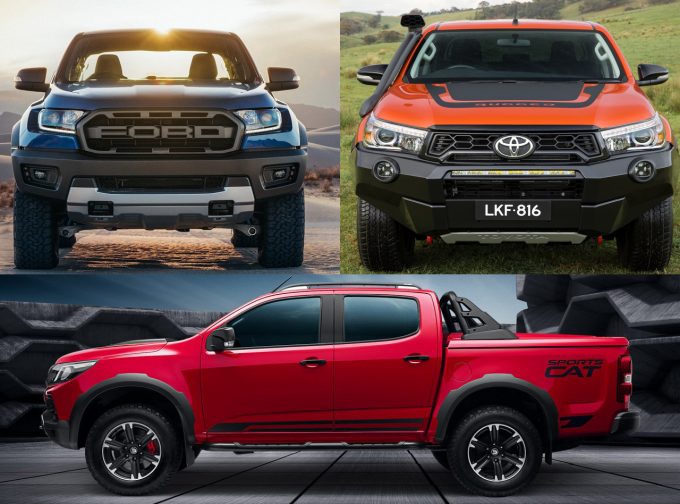 All three vehicles are based on existing designs, which all have toughness in spades to begin with. The obvious aim with these respective flagships is to wind that up even further, visually conveying the extra capability set engineered into each respective vehicle.

First impressions are that all three have done extremely well in this regard. Let’s talk about the HSV SportsCat first. This is a polarising vehicle for many reasons, but the Clayton outfit has definitely tapped into its history to create a very purpose-built looking machine. The bespoke grille and front fascia, the black wheels and the styling differentiation between the SportsCat and SportsCat+ look stunning. The available AP Racing brake package peering through the alloys and the tailor-made sports bar and hard tonneau combo set the desirability factor off. 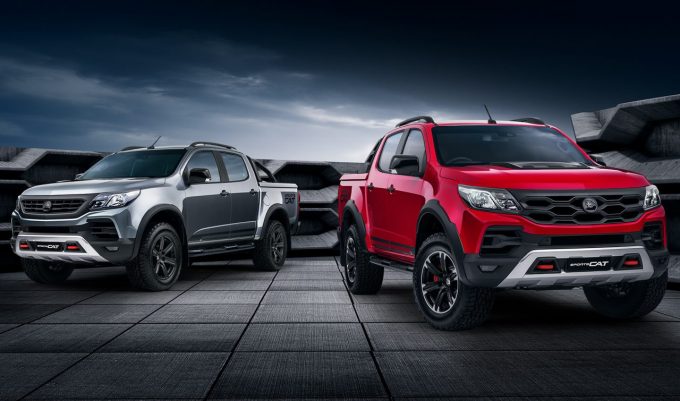 The HiLux Rugged X looks arguably even more off-road ready, thanks to its snorkel and heavy duty front bullbar with incorporated LED bar. Being the youngest overall design out of the three, the HiLux still looks and feels fresh, with sportsbar, side steps and ornate looking alloys adding a genuine sense of cool. Kudos to Toyota Style Australia for this gem. 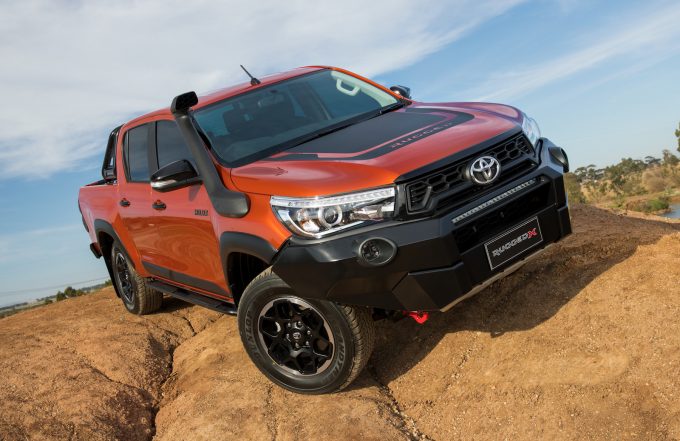 Finally, the Ranger Raptor has been the source of so much hype and terabytes of motoring articles that it had to be truly special. While it does lack the snorkel of the HiLux, the imposing ‘FORD’ script grille, pumped wheel arches, bash plate and its overall styling treatment begs you to thrash it across a desert.

We’re not going to pick a winner in this department, as it is subjective. 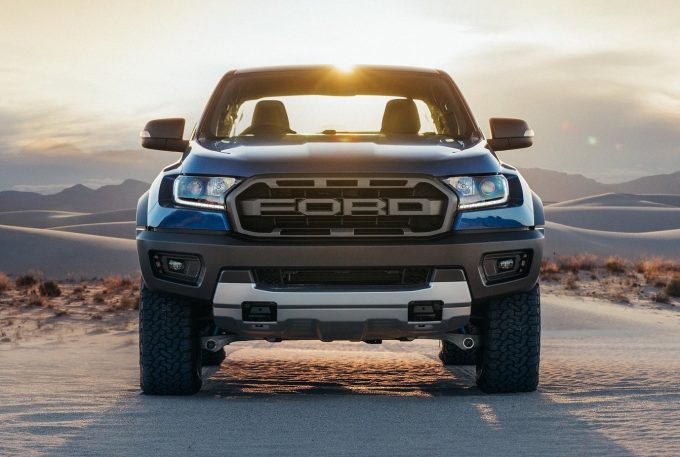 Given it’s early in the piece, the HiLux Rugged’s interior has yet to be revealed. We are not sure how much of a lift it will get compared to the SR5, but the HiLux Rogue will probably have more of a luxury focus. 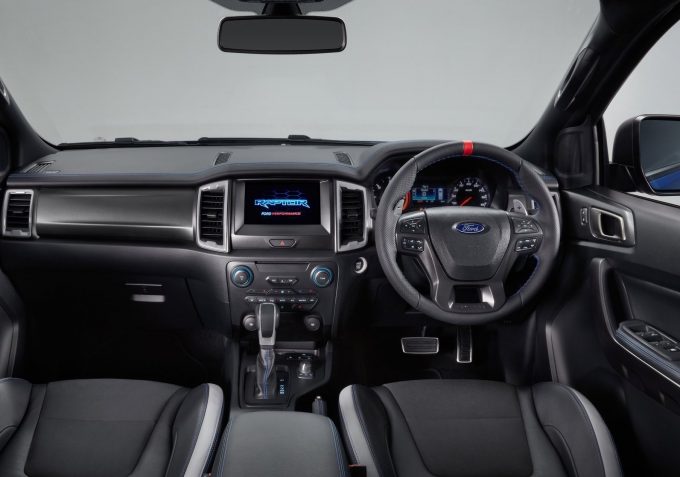 The Raptor gets sporty blue trim, bolstered sports seats, a red stripe on the steering wheel and more features to the Ranger’s already impressive arsenal of standard equipment. From early impressions it looks like a genuinely special place to be and worthy of the Ford Performance name.

Could the HiLux be the dark horse here when its interior and full specs are revealed? Time will tell. 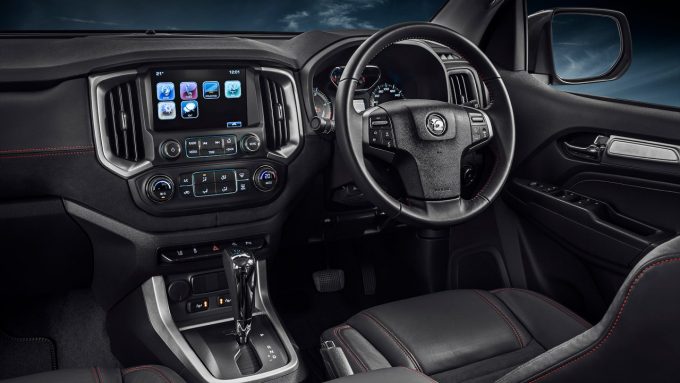 There are more dimensions to performance in the off-road ute sector than outright acceleration, and none of this trio has gone all out in the engine department.

The Toyota is likely to retain its 130kW/ 450Nm 2.8-litre turbo-diesel, with the HSV SportsCat not differing from its donor’s 147kW, 500Nm effort. This has been the source of consternation from fans, but rumours abound with Walkinshaw performance upgrades possibly on the cards, even a twin-turbo V6 sourced from Cadillac, but we will have to see if this bears any fruit. There’s always Killa Customs’ Killarado if you want LS V8 grunt.

Ford is debuting a new 2.0-litre twin-turbo diesel engine with 157kW and 500Nm. It is backed up to a 10-speed automatic gearbox, with is four more than the autos in the Toyota and HSV.

The real performance aspect of these cars is their off-road ability. Each offers significant enhancements to make rock-hopping more fun and capable. The Toyota’s different front bar no doubt helps approach angles, with much fatter tyres for more ground clearance and traction. The standard snorkel is a handy addition for wading. We will have to wait and see if it has any other off-roading goodies, but it could be a mostly cosmetic exercise. 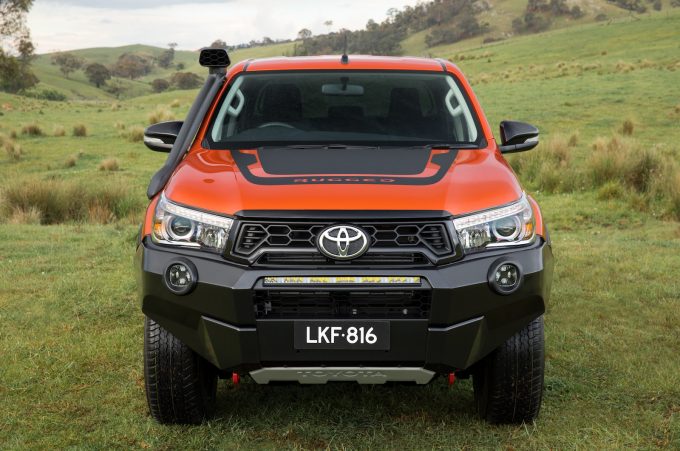 HSV is to be applauded for the extra work they’ve done on the SportsCat. Steering feel and cornering behaviour has come in for major attention, with road dynamics a serious focus of this vehicle. Ride height has cleverly been increased by 25mm, with increased spring rates for improved handling. A de-coupling anti-roll bar on the SportsCat+ is a serious bit of kit for a car of this calibre, as is the 4 piston, 362mm AP Racing brake package. That’s before you even add in the optional Supashock dampers that will be used in the SuperUtes series, and seen on the GTSR W1. With such a depth of engineering, it is clear this is not a cynical marketing exercise, but a real labour of love. That it has been dismissed on the basis of its power output in some corners.

Out of the three, the Raptor truly appears to be the most serious on paper. It swaps out rear leaf springs for a Watts Link coil rear end, front and rear discs of 332mm, Fox Racing shocks, 283mm of ground clearance, 32.5 degree approach, 24-degree ramp-ver and 24-degree departure angles. It even has Baja, Rock, Grass/Gravel/Snow and Mud/Sand driving modes.

It’s hard to make a call when the details for the Toyota aren’t yet available, but the Raptor certainly appears to be a truly exciting bit of kit. We really do have to give props to HSV for creating something special, which, despite its leaf springs and drums might have the best road manners. Taking all three for an off-road bash would be one of the best weekends we could ask for. 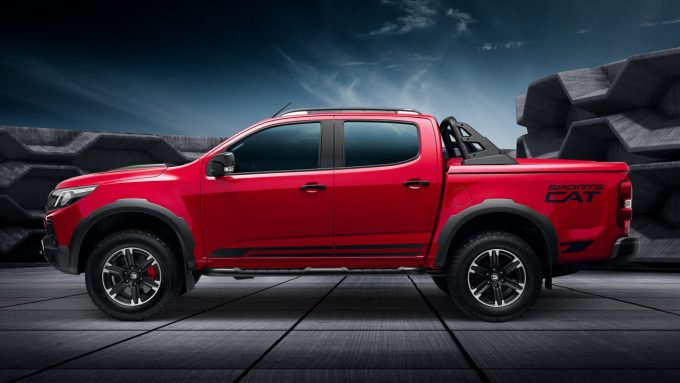 With all three being diesel, fuel costs are sure to be quite reasonable. The SportsCat appears to be the heaviest at this stage, with its 2257kg weight possibly taking a negligible toll on fuel economy. The Ford’s more efficient engine and 10 speed automatic might have an edge here, but it’s pointless drawing conclusions until real world tests.

The HSV SportsCat will retail for $65,000 while the SportsCat+ will start from $72,000. The HiLux will definitely command a premium above the $56,990 SR5, possibly in the mid-to-high sixties. The Raptor is likely to be around the $80,000 mark, which given the hype and gravitas of the ‘Raptor’ name sounds about right. 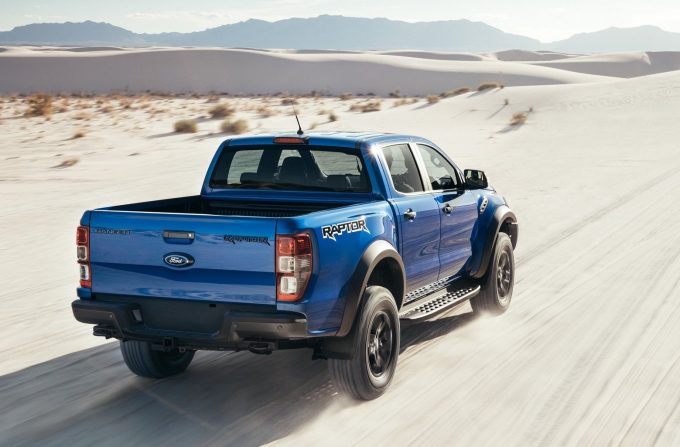 Considering their projected pricing, each car represents great value over the current top offerings commensurate with the additional money being asked. All three are exciting in their own right, but it’s hard to argue with the Raptor proposition. It has fundamentally changed suspension, more serious hardware and the most presence. But Holden Special Vehicles has paid attention to areas where Ford haven’t, so if you were to choose a SportsCat over a Raptor, few would blame you. 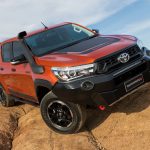 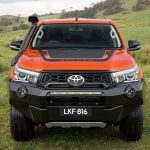 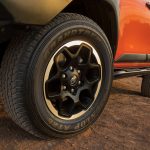 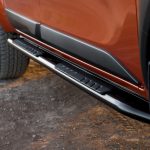 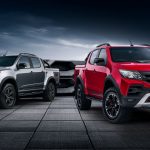 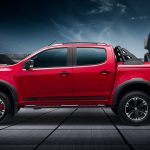 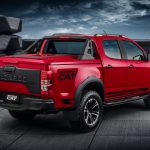 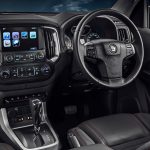 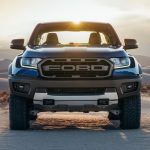 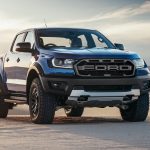 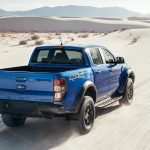 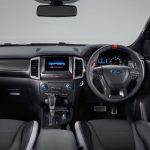