In various parts of the world, strange regulations create some interesting cars and trends, most notably ‘Kei cars’ in Japan. Similarly, tax concessions for cars under four metres long, with small engines are a phenomenon unique to India, means squished sedans. These awkward looking contraptions that are sometimes created specifically for the market. Aesthetically, it has taken several generations to get proportions right.

The best selling current example is the Maruti Dzire, with Honda Amaze probably the most polished. To squeeze into this tax bracket, car makers create bespoke sedans off global mainstream offerings. For example, the Dzire is spun off Swift, Volkwagen’s Ameo off the Polo, Honda’s Amaze off the Brio hatch- to name a few. Sometimes they even get a boot chop, such as the Ford Ka sedan shortened to become the IDM Ford Figo Aspire. 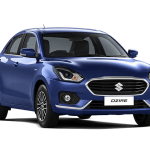 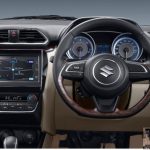 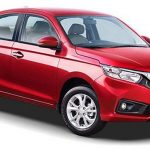 With things seemingly improving, it has us wondering how long until premium automakers get into this space. It’s not a decision they’d take lightly, since they don’t want to tarnish their image, but they do love moving into new niches and BMW’s (China-only) 1 Series Sedan is an example of region-specific models confined to one market.

That’s why we thought we’d experiment in attempting to create some premium entries for the segment, each with a unique character. Why bother doing something like this? Well, in many countries (including Australia with its Luxury Car Tax), you get slugged big tax to get the premium badge. These BMW, Mercedes-Benz, Jaguar and Audi models would still command a handsome profit margin over their mainstream counterparts, but still keep the entry price appealingly low, attracting a new class of buyer.

Why sedans? These are a popular shape in India and are still seen as a status symbol. Micro-SUVs are becoming extremely popular too, but maybe another time for that one.

This is not about democratising exclusivity, but increasing volume via interesting, region-specific vehicles. Also, it is an interesting challenge with so many constraints to be met. Could these happen? Here are four potential offerings from premium manufacturers. 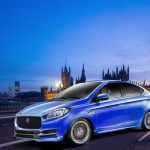 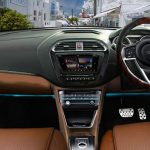 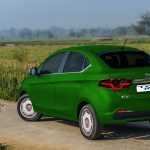 We start with the Tata Tigor sedan, since TATA owns them. Synergies between the mass-market and premium company are now beginning, with the upcoming Tata Harrier SUV based on the Land Rover Discovery Sport platform. For this example, we’ve added F-Type doorhandles, classic wheel option and found that overall, the base interior lends itself well to ‘Jaguar-isation.’

Core drivetrains are probably fine as they are- especially the EV version of the Tigor, but NVH improvements would probably be required, as well as adjustments to handling. If autonomous features added, maybe suitable for elderly customers in Western markets who want a compact, trouble-free car with a bit of panache. 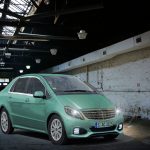 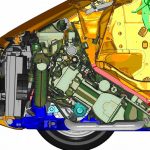 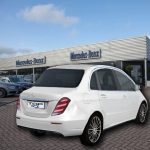 Using a recycled chassis such as the W169 seems wrong on so many levels, particularly for a premium brand, but when you are dealing with limited space, it makes sense to revisit Mercedes-Benz finest example of packaging with the sandwich-floor A-Class.

With the engine virtually under the floorpan, the space maximisation potential is massive, allowing the best possible rear space for a sedan of this calibre- hey, a Mercedes-Maybach version could be feasible, to ram that point home. Mercedes has even admitted the shift away from this with the last two gens of A-Class was marketing, rather than engineering driven.

Even two generations on, the W169 would still hold its own safety-wise with others in this segment. Sure, it’s a homely looking thing, but nothing else could combine the practicality of a minivan with the formality of a sedan, plus the badge cred of the three-pointed star. 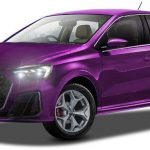 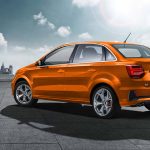 This would be the easiest transition, since globally, Audi is the only one of this quartet to offer a B-segment car in the Polo-based A1.

As Volkswagen already fields a competitor in the sub-4 metre sedan arena-the Ameo, the architecture is ready to go, and seeing as it has what many say is the highest quality, it arguably needs the least work to earn its rings. Combining the Ameo body with styling of the just-launched 2019 A1 would result in a very trendy and aspirational car, without the tax hit. 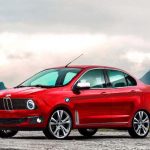 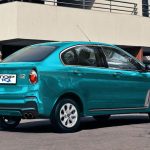 While a rear-wheel drive car would be nice, the advantages of using the UKL platform are too many to ignore. BMW’s styling still appeals to many, but is arguably not at its finest point in history. With the BMW 02, the object was to hark back to the BMW 2002, when the kidney grille and round lights were recognisable elements of the brand. We have also created an example in Snapper Rocks Blue.

Retro works well for Mini, why not revive the 2002, which seems to lend itself to the squished proportions well, and creates a true sense of fun.