Cast your mind back to the turn of the millennium, where prospects for Australian vehicle manufacturing were bullish and bristling with innovation.

The aXcess Australia concepts were created by the component sector to drum up overseas business, which worked a treat. Hybrids, two-stroke engines, carbon-fibre platforms were just some of the innovations showcased in these concepts co-developed with the CSIRO.

Australia’s peak scientific body also collaborated with Holden for the 2000 ECOmmodore concept – a hybrid, aerodynamic version of the VT Commodore, with a version of the 2.0-litre Family II engine used in the then locally-produced Vectra. 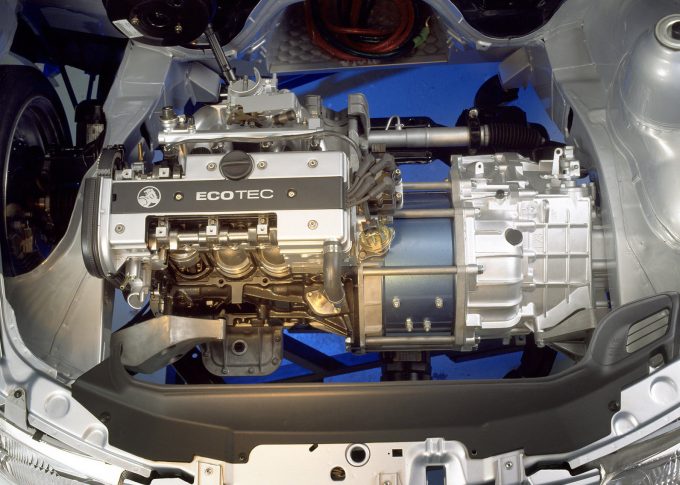 Towards the end of last decade, Australia was shaping up to be something of an electric vehicle powerhouse. Ross Blade converted the Hyundai Getz into the Blade Electron. The $48,000 Electron was sold between 2009-2011 and had a top speed of 120km/h. 100km of range isn’t impressive by today’s standard but in the pre-Tesla Model S era, it was. It was even crash tested.

A decent amount were built at Blade’s Castlemaine headquarters before ESC regulations and supply of spare parts from Azure Dynamics dried up.

A fleet of VE Commodores fitted with battery electric powertrains, including electric motors, were built at the turn of the last decade, and looked a serious prospect for production. EV Engineering had some serious engineering brass behind it, with plenty of ex-Holden staffers.

Holden and the CSIRO got behind this one too, with the former happily supplying vehicles. EV Engineering were true innovators, developing a more efficient electric motor dubbed ‘Axiflux’.

Being tied up to the ill-fated Project Better Place of Shai Agassi’s ‘Better Place’ battery swapping enterprise didn’t help, nor did Holden’s decision to close. But according to sources, this was very close to happening (source: GoAuto). Another reminder that we are throwing away a globally competitive industry.

It’s also worth noting that Western Australia supplies one third of the world’s lithium – plenty of which is destined for electric cars that will make their way back here. We wonder if Elon Musk would have anything to say about this when he visits later this year to check up on his South Australia battery grid project?