Although you could rightfully argue that things look dire for manufacturing in Austrlaia, especially after the demise of Holden, Ford and Toyota, there are quite a lot of examples of Australian companies still having a go. 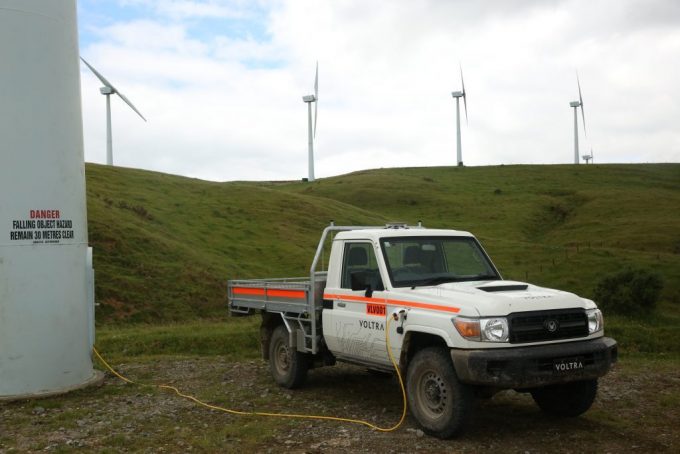 Mining company BHP has started utilising an electrified version of one of the most hardcore off-roaders you can buy- the Toyota LandCruiser 79-series ute. Best of all, the conversion is undertaken locally by Voltra in Adelaide.

Using the latest lithium-ion battery technology, the E-LV79-CONV uses a three phase permanent magnet radial flux electric motor, with water cooling and a 110kVA inverter. The batteries contain 44.24kWh of energy. In order to make the transition from diesel V8 power to electrons, all the original powertrain components need to be removed, including engine, radiator, fuel tank, snorkel, transmission and original harness.

At places like BHP’s Olympic Dam site in South Australia, there are underground mines where breathable air is more limited than it is on the surface, so an electric vehicle helps keep it free of nasty chemicals and particulates.

The company is gloating that they have beaten Tesla to the punch in building an electrified pickup utility. There may be more than the initial allocation down the track. Check out the video below to see the electric ute in its element.