Elon Musk delivered an unexpected surprise at the 2019 Tesla Semi Truck launch, with the early reveal of the 2020 Tesla Roadster. 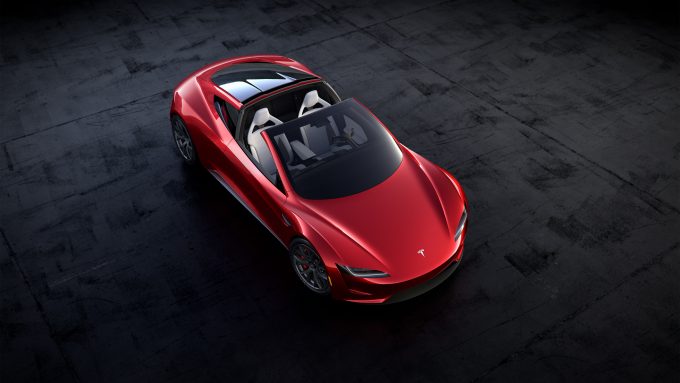 Thanks to a 200kWh battery pack, the car is said to be capable of 1000km (620 miles) at highway speed, which is much more than any electric vehicle presently on sale. Most extraordinarily of all is the claimed 0-60mph (97km/h) time of 1.9 seconds- faster than any current production hypercar. McLaren, Lamborghini, Ferrari and even Bugatti are soundly eclipsed if this claim is to be believed. Given the performance of the Tesla Model S P100D, we’ve no reason to doubt it.

The shock and awe doesn’t stop there. The Roadster goes on to a claimed 0-160km/h time of 4.2-seconds. The quarter mile is dispatched in a scarcely-believable 8.9 seconds. This is thanks to over 10,000Nm channelled to all four wheels. Tesla may have just gazumped the competition for upcoming electric cars.

Previously, ‘Ludicrous Mode’ was used to unlock the full performance of Teslas, but the Roadster will have ‘Maximum Plaid’ mode- a reference to the movie Space Balls- a favourite of Elon Musk.

The first Tesla Roadster was part of Tesla’s first Master Plan. It utilised a Lotus Elise extruded aluminium chassis with lithium-ion batteries and generated enough income to fund other projects. The new car has a more coupe-like silhouette, with a removable roof. The exotic design has functional aero, with some Aston Martin Zagato elements, to our eyes.

The space age interior has a dominant centre screen that looks a generation or two ahead of what the company offers today, and a steering wheel unlike anythign else we’ve seen in a production car, looking more at home on a spaceship, perhaps. 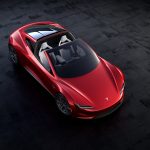 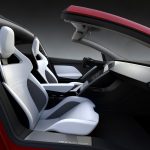 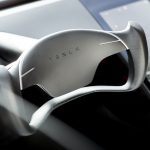 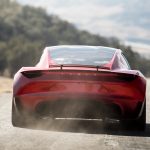 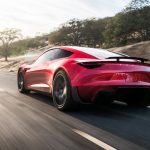 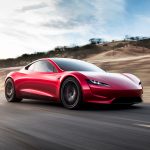