The 2019 Volkswagen Golf MKVIII has been caught with minimal disguise in China, some eight months before its scheduled debut in June 2019.

As shown on the CarNewsChina.com Facebook page, the new car has unusually scant disguise so far out from its launch, with only swirly camouflage on the door panels, guards and C-pillar. The front and rear ends are exposed. 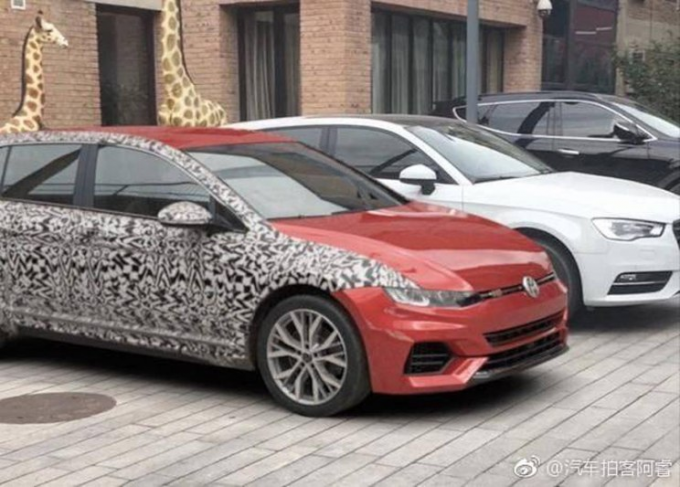 What is visible is a very careful evolution of today’s MkVII Golf. The front end treatment is much sharper, with a smaller frontal area and more aggressive lower air dam, suggesting this could be an R-Line model or a GTI. The Facebook page suggests that his is a long-wheelbase model for China. Door openings appear noticeably larger, in line with many of Golf’s rivals becoming larger, including the Ford Focus, Toyota Corolla and Hyundai i30. 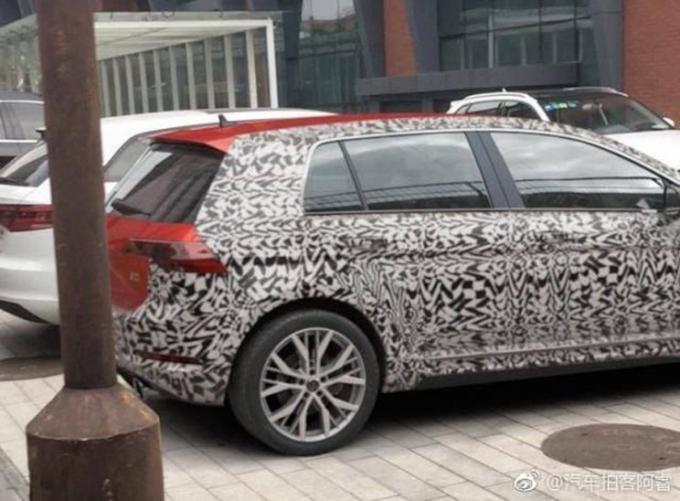 While there is no guarantee that this is indeed the Golf Mk8- it may be one of Volkswagen’s many China-only specials- other Volkswagens such as the Atlas (nee Teramont) and even the new U.S and China-market Passat have been spotted several months before their launch, lending legitimacy to these images.

Techincally, the next Golf will continue to use Volkswagen’s MQB architecture, which has spread to most of its range now. Improvements in refinment, strength, safety and build quality are all-but guaranteed for the one of 2019’s most anticipated small cars. 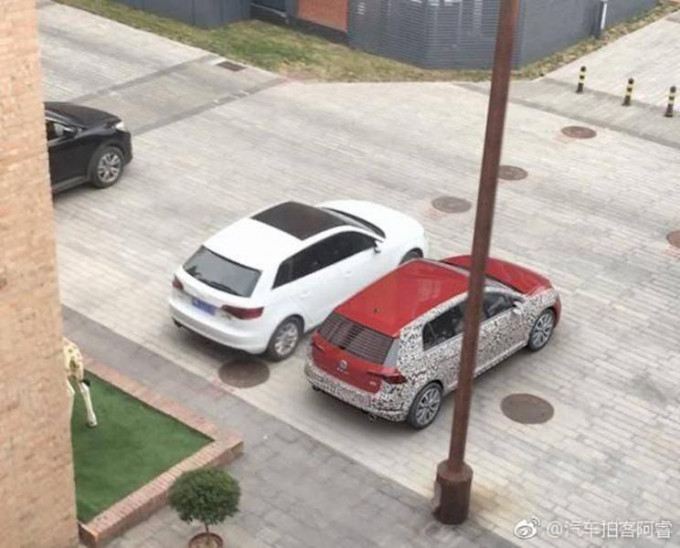 Powertrains are said to consist of mild-hybrid, 48V power across the range, combined with engines as small as 1.0-litre turbocharged three-cylinders, which are available in Europe today. Volkswagen will no doubt be looking to build on the hot hatch supremancy of the Golf GTI and Golf R, which will come under threat from a rumoured 2.3-litre Ford Focus ST and upcoming sporty versions of the Toyota Corolla.

We look forward to bringing you more details as they come to hand.