The 2018 Ford Edge ST will be revealed at the upcoming Detroit Motor Show, as a sports tuned variant of the large crossover/SUV. 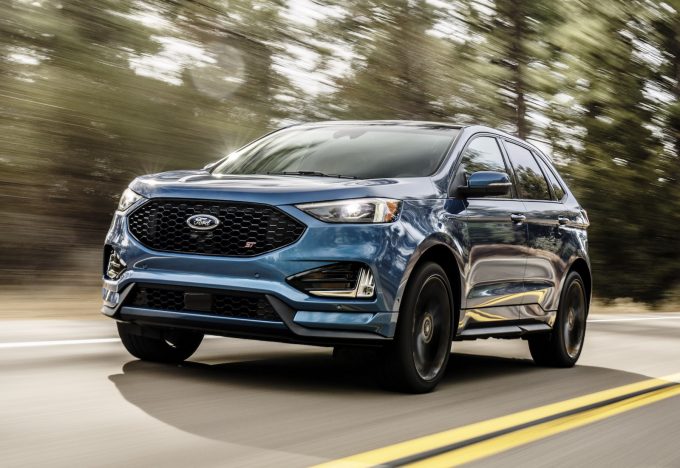 Utilising the same ST badge as Fiesta, Focus and previous Mondeo variants, the Edge ST is part of Ford Performance’s strategy to proliferate sports variants across its SUV range. It features a more powerful version of the 2.7-litre EcoBoost V6 seen in the Sports version, boasting 264kW and 515Nm. It sends its power through an eight-speed automatic and all-wheel drive system.

The Edge ST has a Sport mode on its rotary gear selector that holds gears to the redline during hard cornering and enhances the sound produced by the twin-turbo engine. Paddle shifters behind the steering wheel are also part of the equation. 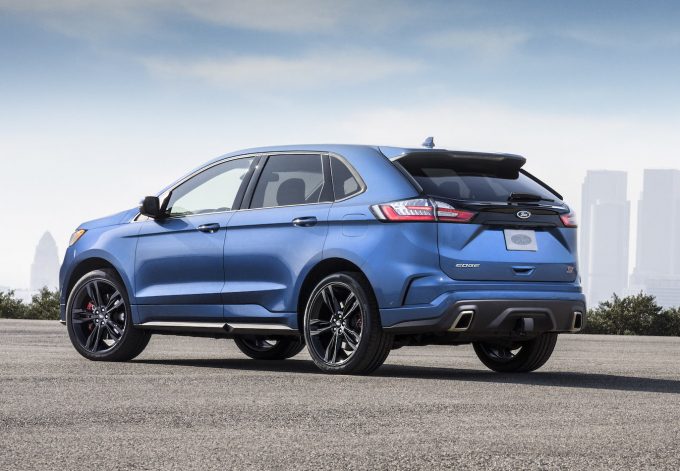 Sitting behind 21-inch alloys are serious brakes with a sports system upgrade available. The interior features bolstered seats with an embossed ST logo.

As part of the 2019 model year upgrades, the entire Edge range scores cosmetic adjustments and additions to the suite of driver assistance technologies. These include post-collision braking, which limits vehicle movement during a pileup, evasive steering assist that adds poewr assistance for emergency swerves and adaptive cruise with Stop-and-Go and lane centring, which can drive from a standstill and helps keep the vehicle in the centre of the lane. An eight-speed automatic also replaces the six-speed unit in 2.0-litre turbo models.

The Ford Edge is coming to Australia soon as the Ford Endura, as detailed in our Top 10 best SUVs coming to Australia feature, but this sporting version might miss the cut. As far as we know we are set to get the diesel only. You can read about other potential sporting SUVs on the way here. 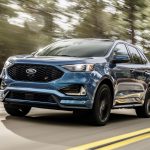 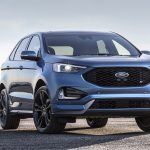 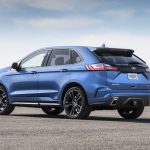 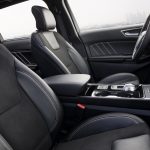 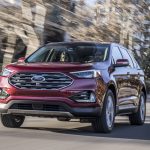 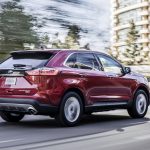 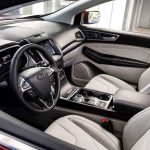