Family car fans will be pleased to hear Toyota Australia is getting ready to launch the new-look 2018 Toyota LandCruiser Prado later this year, following its public debut at the Frankfurt motor show. 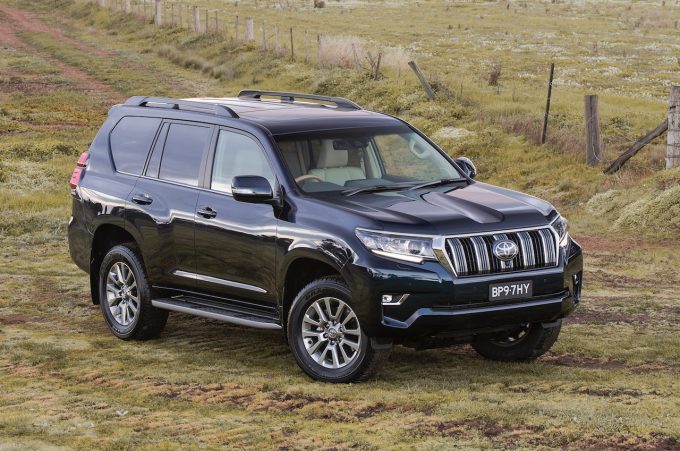 The Toyota Prado is one of the most popular seven-seat SUVs in Australia, consistently ranking high in monthly VFACTS sales charts. Up to August this year, Toyota Australia has sold 11,001 examples, giving it 13.9 per cent market share and number one position in the ‘large SUV below $70k’ segment.

For the 2018 model the engineers haven’t changed too much underneath. Up front is the same 2.8-litre turbo-diesel as the current model, producing 130kW and 450Nm. However, this is a tried and tested unit, and it’s actually only a couple of years old. It can be had with either a six-speed manual or automatic. Toyota confirms the petrol V6 will be discontinued from the Aussie range.

Where most of the changes are seen are with the exterior design, which shows off a new grille, bumper bars, spiffy new headlights, and some fresh alloy wheel designs. Inside has also been revised, with a much suaver dash layout incorporating silver highlights, a more elegant arrangement for the climate controls, and a new touch-screen interface.

Keeping up with the times the new Prado also welcomes some advanced safety technologies, including autonomous emergency braking with Pre-Collision Safety that includes pedestrian detection. All variants also come with Lane Departure Alert thanks to a clever system that monitors the road ahead and the lane markings. If danger arises the car is capable of alerting the driver with an audible and visual warning.

Toyota says buyers will be able to check out the new model in showrooms from November. Prices and final specs for the local market are yet to be announced. 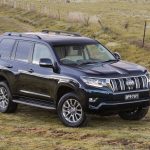 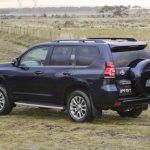 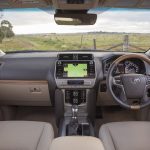