Large 7-seat SUV buyers, listen up. Your favourite vehicle has just been updated. Yes, it’s the 2018 Toyota Prado, which has just been announced for Australia. 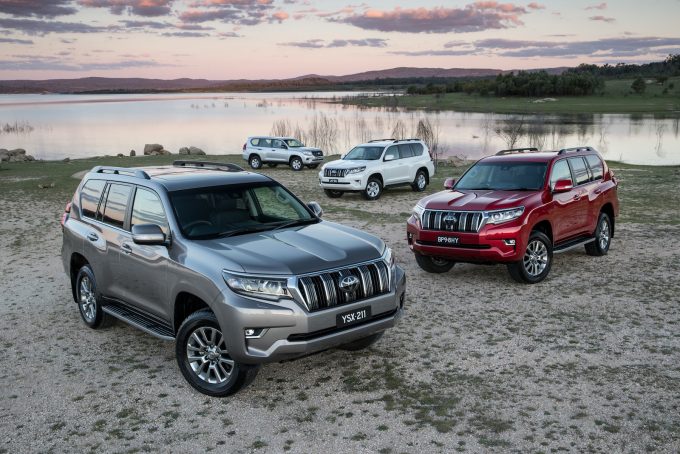 The Toyota Prado – technically called the LandCruiser Prado – is the most popular large 7-seat SUV on sale, tallying up a remarkable 12,900 sales until the end of October. This trend is set to continue with the new model, which sees price drops and technology gains across the board.

Kicking off with the GX grade, Toyota Australia has thrown in sat-nav and Toyota Link connectivity, along with its comprehensive safety suite when optioned with the automatic which includes pre-collision autonomous emergency braking with pedestrian detection, and lane departure alert, automatic high-beam assist, and active cruise control.

Upgrading to the GXL adds a rear differential lock, Optitron instruments and a colour MID for the driver, along with bi-LED headlights and LED daytime running lights. Moving further up to the VX adds an around-view monitor and multi-terrain monitor, blind-spot and cross-traffic alert, and ventilated front seats.

At the top of the range, the 2018 Prado Kakadu gets a luxurious leather interior in black or beige, as well as a Drive Mode Select system with five terrain modes at the flick of a switch, unique exterior highlights, and electric everything inside as you would expect on the top model.

All 2018 Prado variants benefit from a facelifted design which incorporates a new-look front grille with vertical bars, new headlights which look much more modern, and some revised trimmings around at the back such as the taillight clusters and number plate surround.

As mentioned, all variants get a decent price cut which should help to attract even more customers in the demanding segment. The GXL manual drops the most, by $1200. Head out to your nearest Toyota dealership as the new model is on sale now. Prices are as follows (before on-road costs): 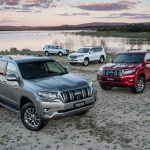 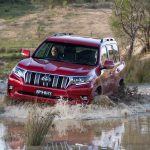 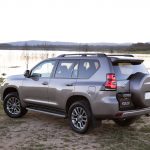 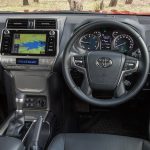