The 2018 Toyota HiLux will receive three new models to sit atop of the range and capitalise on an exploding dual-cab utility sector. 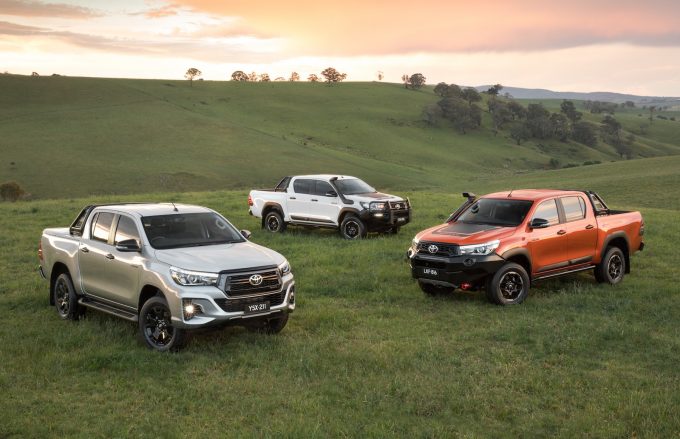 As reported in our Top 10 best new utes coming to Australia feature, the HiLux Rugged, Rugged X and Rogue will tackle competition from the Ford Ranger Raptor, HSV Colorado SportsCat and new models from Mercedes-Benz, Volkswagen’s Amarok Avventura and even some new Chinese competitors.

The current HiLux flagship is the SR5, with a before on-roads price of $54,990. While details are scant at this point, and more will be divulged closer to the cars on sale date, we can see quite a lot of substantial changes compared to the regular HiLux.

The Rugged X is heavily inspired by the HiLux Tonka concept of last year, with a bespoke front bumper featuring integrated LED bar, bash plate and red tow hooks. A geometric grille adds modernity and boldness to the styling. A snorkel and latticework sports bar are sure to make any off-roading enthusiast salivate.

The regular HiLux Rugged is a slightly more toned down version that still offers plenty of serious off roader gear including unique front bar, snorkel and sports bar, plus black alloys.

The Rogue is aimed at someone who might otherwise consdier a Mercedes-Benz X-Class in Power spec, with a more sophisticated looking grille and bumper treatment and more subtle styling elements than the rambunctious Rugged and Rugged X.

Power upgrades don’t seem to be part of the equation, but considering HiLux regularly toussles with Ford Ranger for top sales honours, customers are unlikely to mind. With so many car makers rolling out their most outrageous and hardcore variants yet, 2018 is shaping up to be the most exciting year to be a dual cab ute customer ever. 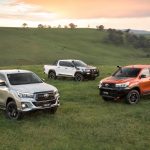 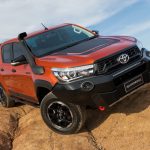 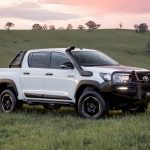 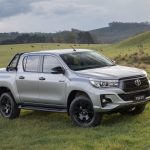