As teaser for the upcoming Subaru Ascent SUV has hit the web, showing not much but confirming the public debut for later this month. 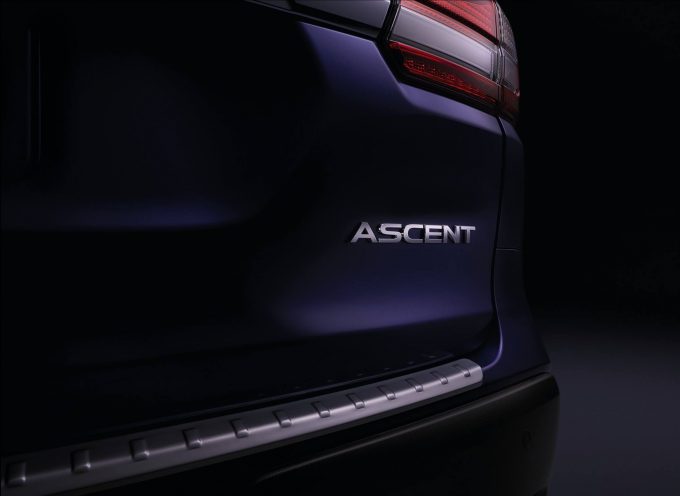 The Ascent (known as 2019 model year in the US) will be Subaru’s all-new 7-seat SUV, featuring the sought after three rows of seats. It was previewed with the Viziv-7 concept last year, presenting a full-size SUV body and Subaru’s latest design language.

Subaru doesn’t currently offer a full-size SUV to compete with the likes of the Toyota Kluger and Mazda CX-9. But things will soon change with the Ascent. It’s set to be underpinned by the Subaru Global Platform that debuted under the latest Impreza.

A lot of design inspiration is expected to be drawn from the Viziv concept (below), including the big hexagonal grille, the small and sophisticated LED headlights with large C-shape LED daytime running lights, and the large taillights that match the C-shape of the front. 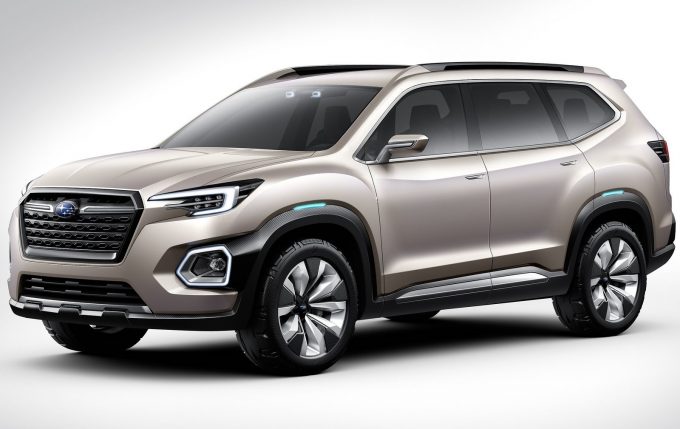 The teaser image, which was posted up on Subaru’s official Twitter page, shows a glimpse of the taillight which does appear similar to the concept’s taillight. It also shows the protective trimming running across the closing edge of the taillight.

Details on the engine are a bit hazy at this stage, but reports are suggesting it will come with a new turbocharged boxer engine potentially of around 2.5 litres in capacity. This, or Subaru will simply turn to its existing 3.6-litre naturally aspirated flat-six unit.

All will be revealed at the Los Angeles auto show on November 28. We’ll keep you updated in regards to potential Australian details.