Demand for dual cab pickups has never been higher. The appeal is easy to understand, as they now offer car-like levels of comfort, space, practicality that leaves most cars in the shade, off-road adventures become an option and for some there’s even tax benefits. To combine all these aspects into one product gives it a level of versatility that other vehicles simply can’t match.

The 2018 Mazda BT-50 is the last Mazda product with Ford DNA, as it was originally paired with the PX Ford Ranger as part of the T6 program. Although the Ranger has been the more succesful sales wise and also received more extensive upgrades, the BT-50 is still selling quite well, showing that Mazda’s styling approach to create a more car-like appearance has aged better than expected.

For 2018, new infotainment systems, a new bumper design including foglight housings and air intake differentiates the new model, as does a bold, horizontal chrome grille. Is it enough to stand out with more competition than ever before? 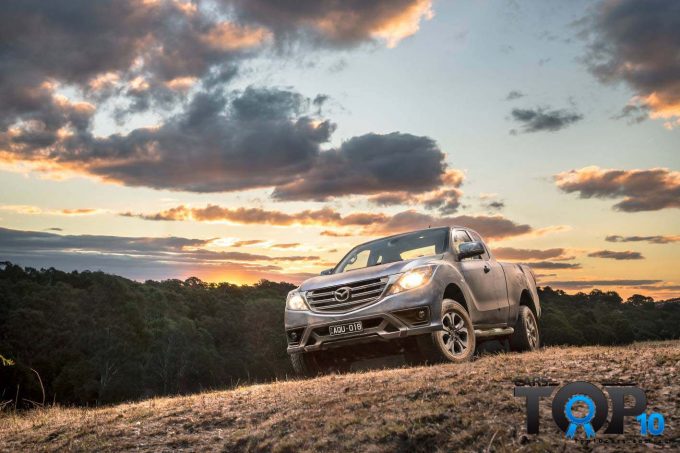 At 5365mm long, 1850mm wide and 1821mm high, the BT-50 is a big truck and is stupidly roomy in all five seats. It’s a proper long-journey proposition, especially with the perforated leather fitted to our GT. 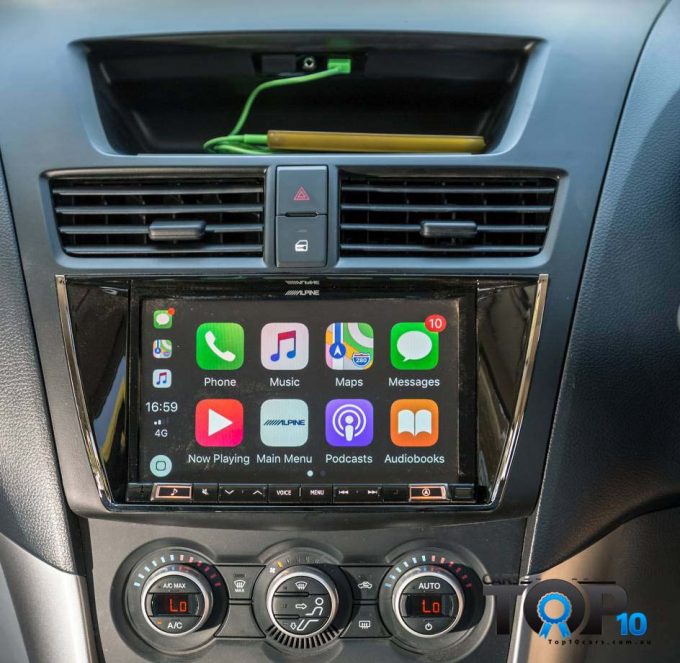 Now in its final year before an all-new model, the BT-50’s upgrades have not been as extensive as its sister car, in the same way that the Isuzu D-Max has not benefited from an updated interior like its Holden Colorado twin. Soon both Isuzu and Mazda will have the last laugh, as they will collaborate for their respective next-gen D-Max and BT-50.

For now, the interior is a logical and car-like design that has aged very well. A thoughtful addition is the lined phone storage area above the vents, with USB connection.
The infotainment system is an Alpine unit, rather than the MZD Connect system that other Mazda’s use with the intuitive click wheel. The good side of this is that it is the first Mazda with Android Auto and Apple CarPlay, but some of the functions are somewhat fidgety and despite the efforts of Mazda to give it an integrated look with a plastic escutcheon, looks somewhat aftermarket in this price league.

Still, it has reversing camera and all the audio, media and navigation features you could ask for. The navigation system is easy to follow with clear visuals, but making adjustments mid-trip is distracting.

Despite being easy to park, drive and not feeling the least bit cumbersome, the BT-50 towers over most traffic and it is a good sensation. For those who remember the Ford Excursion of 2000, which was hated for its gargantuan size, we drove past one in the BT-50 and gazed down at its driver with disdain.

The new grille might be a tad overwrought- as designers tend to do when extending the life cycle of an older product- but finished in ‘Aluminium’ paint, it still looks modern and distinctive enough to stand out in its own right. The bullbar, hard tonneau, side steps and sports bar of our GT model go a long way to justifying the $51,990 driveaway pricetag.

Styling overall works well and cohesively, even if lower bumper does look too busy . The car-like interior has aged well, with only some scratchy door plastics letting it down somewhat. 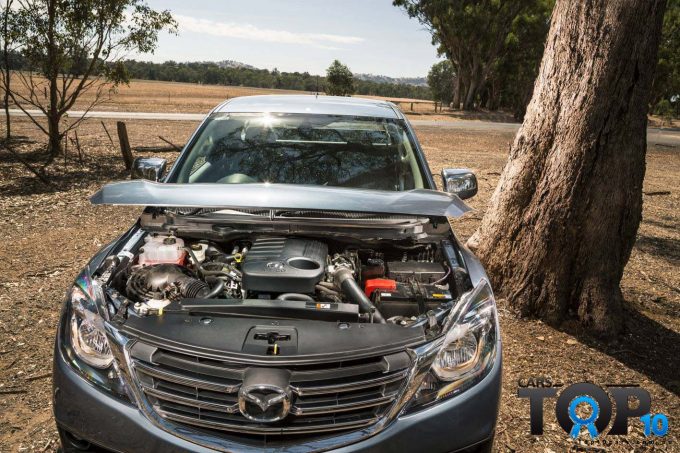 The 3.2-litre turbo-diesel five cylinder is a trusty and torquey unit. Mazda seems to have done a better job of quelling the vibrations and harshness of the motor compared to its Blue Oval brother.
At highway speeds, it cruises quietly with plenty of power always on reserve. It’s no rocketship, but there’s always plenty of torque in reserve that gives it an agility you wouldn’t expect given its size.

The six-speed automatic fitted to our car is a smooth operator, with an uncanny ability to be in the right gear for every condition. It never downshifts at the wrong time and when you do switch to manual mode, the orientation of the upshift/downshift function is just right for performance driving. 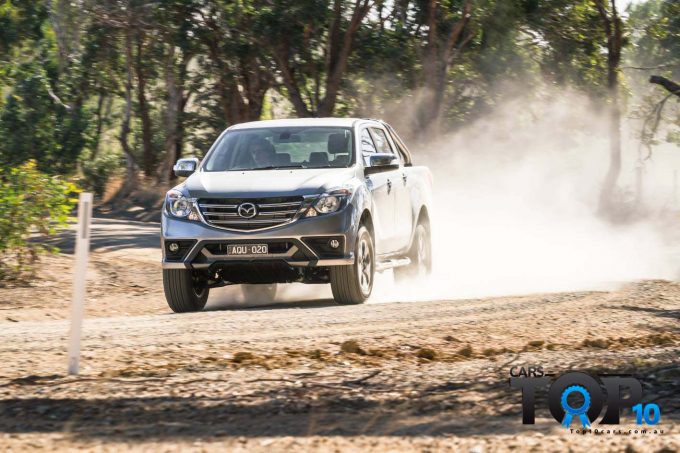 On the road, it is sure-footed, comfortable, with none of the bobbing at high speed that afflicts some rivals. The hydraulic power steering has a great feel and helps you position the car both on and off the road. 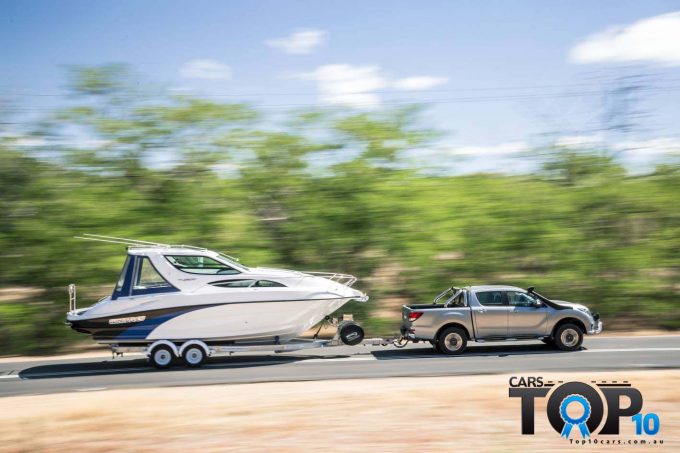 All bumps and corrugations are handled with ease. Noise suppression is brilliant too, with some of the more rattly and agricultural tones of the five-cylinder diesel kept out of the cabin. 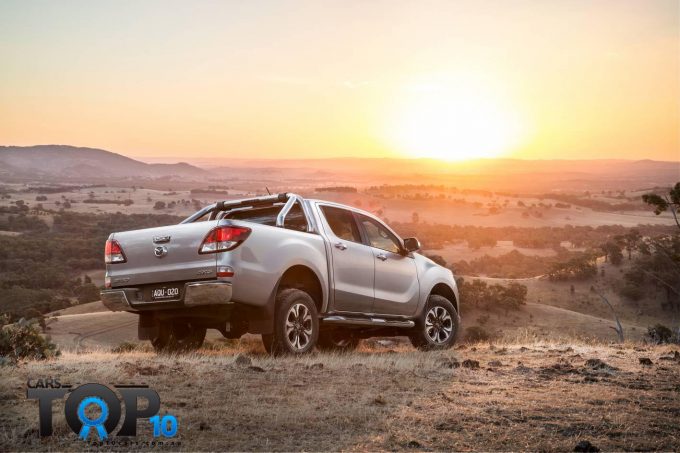 This is one area where a noticeable improvement has been made. Changed service intervals from 10,000km to 15,000km means -says Mazda- savings of $323 over two years, $530 over three and $854 over five years compared to the outgoing model.

Fuel consumption of 10.0L/100km is the official rating, and the effortless nature of the large capacity engine meant we seldom strayed above 10.5L/100km. It’s great on fuel and its lag-free, responsive nature aids fuel efficiency, compared to some of the high-tech 2.0-litre twin-turbo donks in rivals.

With a five star ANCAP rating, the chassis and passive safety is excellent. Its certainly better than some Chinese rivals that barely manage four stars or less. However, it must be told that it falls short of competitors which offer AEB, radar cruise and have moved the game forward in recent years. That the Ranger now offers adaptive cruise control is not lost on us either, but Mazda has priced the car taking this into account. 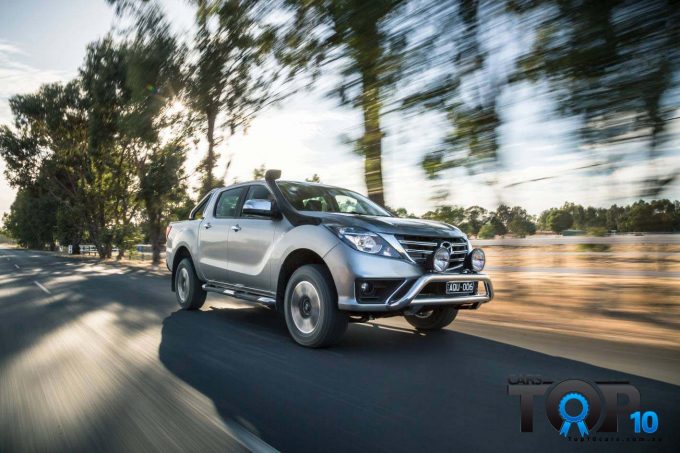 Driveaway pricing across the range and a market positioning as a value-oriented offering, like the similarly-curvy Mitsubishi Triton. You do miss out on some of the more cutting-edge infotainment technology of rivals but its 3500kg tow rating, power delivery, sound chassis engineering, comfort, space, versatility and off-road ability all keep it in sharp contention. 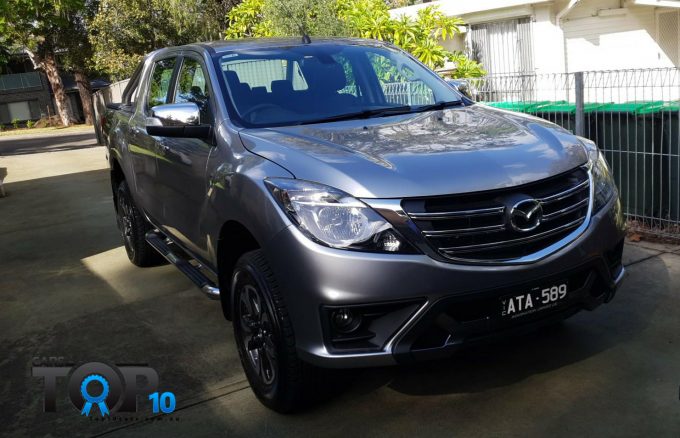 While it definitely lacks some of the technology of newer rivals such as autonomous emergency braking, adaptive cruise control and isn’t in the same league as Mercedes-Benz X-Class or Volkswagen Amarok for interior presentation, the BT-50 has received enough changes for 2018 to make it worth a look if you’re after a solid pickup. That it can remain as competitive as it is now is testament to how right they got it in 2011. Thanks to its engineering origins, its one of the most Australian offerings too.