Ever since the demise of Ford Falcon and the locally-made Holden Commodore V8, the role of finding a suitably rapid replacement for the police force has been demanding and quite the headache. 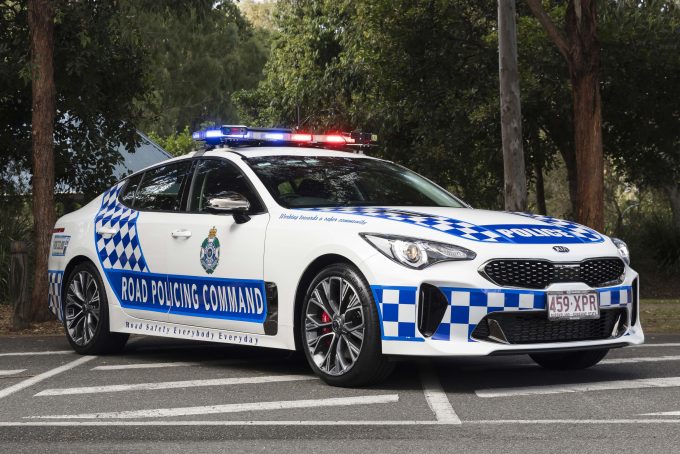 In NSW at least, replacements have been found in the form of the brawny Chrysler 300 SRT Core and the technically-advanced but very expensive BMW 530d. For some reason, the much more affordable and very fast Kia Stinger was overlooked, but Queensland’s Police Force has decided to take 50 of them between now and December 2018.

They have chosen the entry-level version of the twin-turbo V6, the Stinger 330 V6, which starts at a whisker under fifty grand. Its 272kW/510Nm output means it is capable of 0-100km/h in 4.7 seconds and a 12.8 second quarter mile, which makes it one of the best value performance cars on sale at the moment.

“It was not a big step at all once we had begun the investigation process,” Mr Ryan said.
“Reading what the experts had to say, and seeing how efficiently the Stinger was changing minds and perceptions once people had been exposed to it … it was not a difficult decision.
“You often hear Police Ministers talking about providing the best equipment for those at the coal face. In this case I truly believe we have been able to do that.”

What do you think of the new Kia Stinger 330 V6 for Queensland Police? Do you think it will be up to the task like Falcon and Commodore were? Let us know in the comments below.