Images of the 2018 Jeep Wrangler interior have been released, following some exterior shots last week. This is all in the build-up to the all-new off-roader’s public debut planned for the Los Angeles Auto Show later this month. 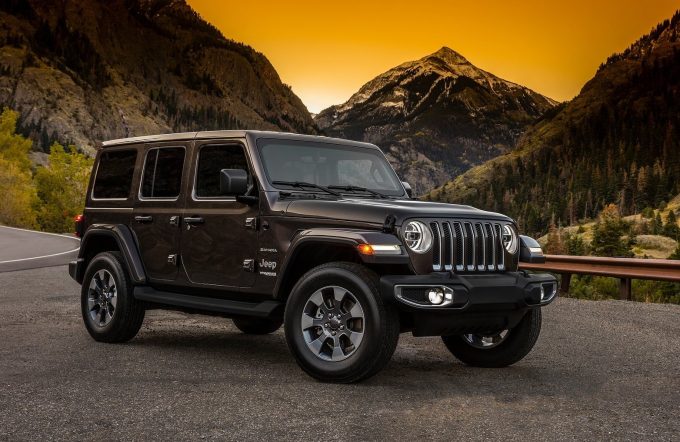 Jeep is giving the Wrangler a major overhaul for the 2018 model, however, it is keeping elements that matter most to the fans part of the recipe. So as you can probably tell the exterior design is an evolution of the outgoing model rather than a revolutionary one.

You’ve got the traditional exposed wheel arches maintaining the rugged attitude, as well as the squarish and flat windows and the iconic seven-tier vertical grille at the front. Various trimmings are redesigned for 2018, including the headlights and bumper bars, and indicator placement and so on.

For the interior, it’s a similar approach. The overall layout of the controls is similar to the current model only they are all more modern in design. Up top on the dash is a Uconnect touch-screen media interface, which will be available in multiple sizes depending on the variant. 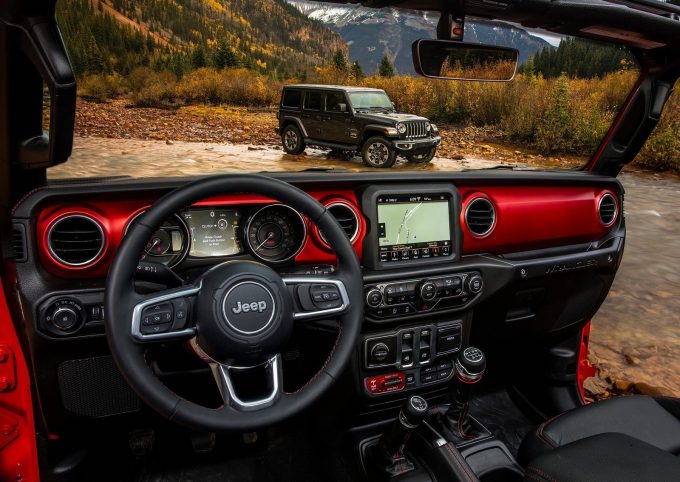 By the looks of it there’s a digital screen within the instrument cluster for the driver, a new climate control panel, and a diff lock toggle added to the lower dash fascia. A splash of colour is also thrown across the dash, which is expected to be optional in various colours.

Specific details on the engine, dimensions and weights, and finer drivetrain components are yet to be announced. Although, some details have been leaked out early, confirming there will be a 3.6-litre petrol V6 and a new 2.0-litre turbo four-cylinder petrol available.

Both soft-top and hard-top have also been inadvertently confirmed, as well as three- and five-door body styles. These images confirm the continuation of the flagship Rubicon variant for the hardcore 4×4 enthusiasts as well.

All of the juicy details will be revealed on November 29 at the LA show. Market entry is expected to take place earlier next year with Australian sales likely kicking off by mid year. 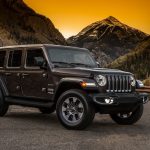 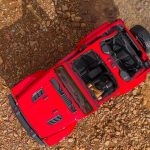 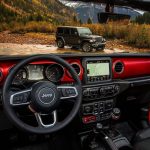