The 2018 Infiniti QX50 has been revealed for the first time, with a single exterior shot ahead of its debut at the Los Angeles Motor Show tomorrow. The 2018 QX50 is significant for Nissan’s luxury arm for many reasons, debuting a new platform and a revolutionary new engine. 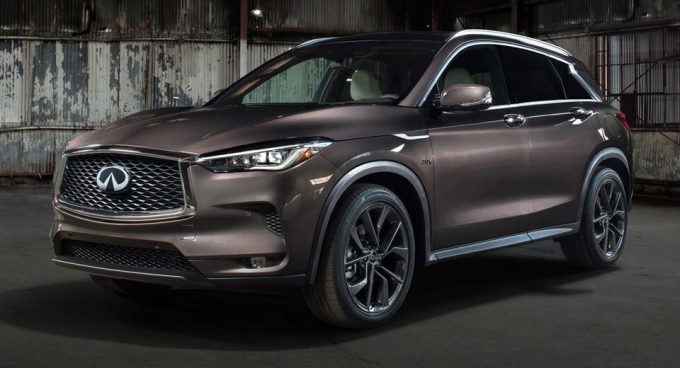 Obviously to compete in this space, a high level of semi-autonomous tech is required and to that end, the QX50 will feature a version of Nissan’s ProPILOT system that allows computer control of steering and acceleration, braking on the highway, activated by pressing a button.

More photos and details as they come to hand.