Following the announcement of the new-generation Honda CR-V, with its all-new 7-seater option, consumers can rest assured the safety is up to scratch thanks to a recent passing of ANCAP’s five-star safety rating. 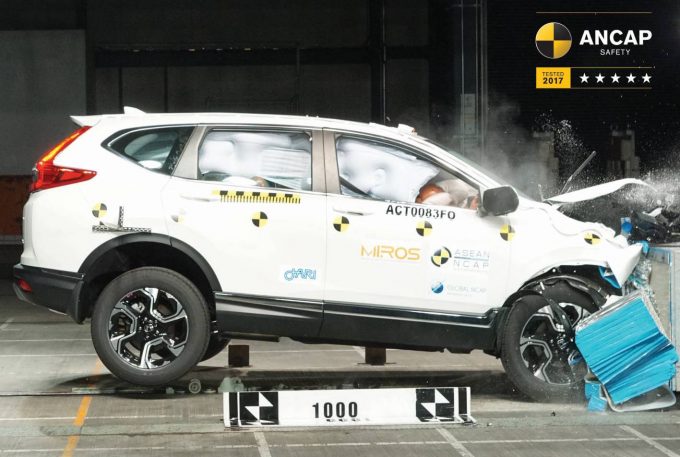 In the latest round of crash tests the new CR-V performed well, receiving the full five stars across all variants. The new model comes with a number of advanced safety features, including a clever LaneWatch camera side on almost all variants.

All models in Australia come with dual front, side chest, and curtain airbags as standard, along with traction and stability control. Some variants also come with and others are available with autonomous emergency braking and lane support systems. Speaking about the result, ANCAP CEO James Goodwin said:

“Customers who have bought or are considering the Honda CR-V which launched earlier this year can be assured of a high level of safety with low injury readings recorded in all physical crash tests.”

The new lineup went on sale in Australia in July. Four main variants lines are on offer, including the VTi, VTi-S, VTi-L 7-seater, and the top VTi-LX. All come with a 1.5-litre turbocharged petrol four-cylinder producing 140kW and 240Nm, matched to a CVT auto. Some models are front-wheel drive while others are equipped with all-wheel drive.