The 2018 Ford Ranger Raptor has been unveiled, capitalising on the burgeoning dual cab ute market. It is one of the most highly anticipated vehicles to be launched this year. 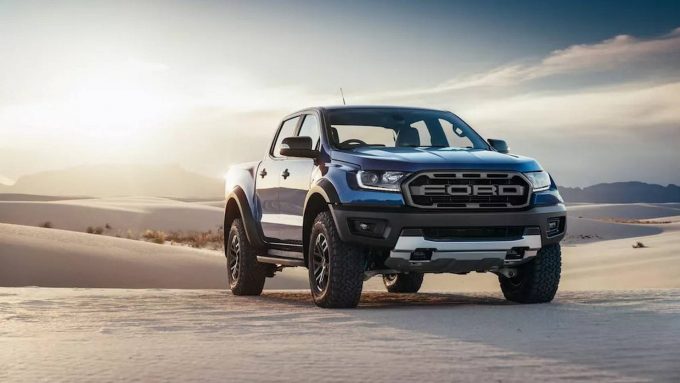 Set to be part of the facelifted Ford Ranger lineup, the Raptor sits atop the former flagship, the Wildtrak, with a new 2.0-litre twin-turbo diesel four cylinder, generating 157kW and 500Nm. This is an increase of 10kW and 30Nm over the old 3.2-litre five-cylinder mill. A 10-speed automatic gearbox as seen on the 2018 Ford Mustang and several GM vehicles debuts with this car as well.

The interior appears to benefit from sports bolstered seats, a blue leather stitched steering wheel and special graphics for the infotainment system.
We will bring you more information, including pricing and exact spec levels as it comes to hand. 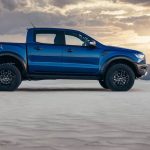 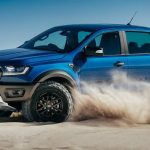 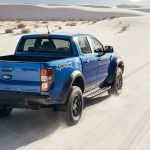 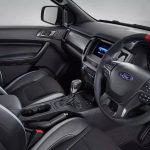 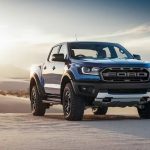