A BMW X2 has been spotted completely free of disguise on a car truck, thanks to an eagle-eyed photographer. It looks ready for the showroom.

Ferd Fanpage posted the undisguised BMW X2, which appears to have remained mostly true to the concept shown at the 2016 Paris Motor Show. Differences include slightly less dramatic headlamps, a more pedestrian-friendly front bar incorporating fog lamps, the addition of protruding door handles and more prosaic wing mirrors. The rear end has also been toned down, with slightly larger taillamps. The BMW roundel in the C-pillar remains – a retro throwback to early New Class BMWs.

Expect the range of engines to mirror that of the more conventionally styled X1, which means 1.5-litre turbo petrol, 2.0-litre turbo petrol and diesels in front- and all-wheel drive configurations. Hybrid options are also expected to be part of the range. 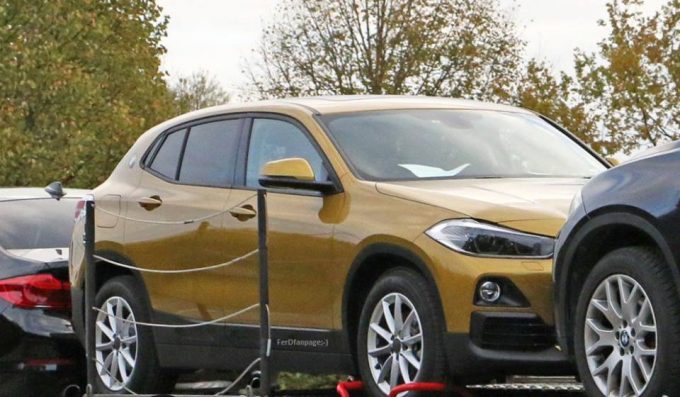 The X2 gives BMW another niche-filler in the burgeoning SUV market, where rivals Mercedes-Benz, Jaguar and Audi are all vying to spin-off as many variations of their core SUV range as possible, as some featured in our Top 10 best small SUVs coming to Australia in 2018-2019 feature.

Like the X6 and X4 that came before it, the X2 is billed as a ‘Sports Activity Vehicle’ and could make its official debut at the 2018 North American International Auto Show in Detroit. BMW Australia has confirmed the X2 will be an important part of the local lineup, with sales expected to climb near the top of the showroom in terms of SUVs.