The covers are finally off the 2018 Aston Martin Vantage. Debuting in a searing ‘Lime Essence’ colour scheme, the new car is powered by a Mercedes-AMG built V8 engine. 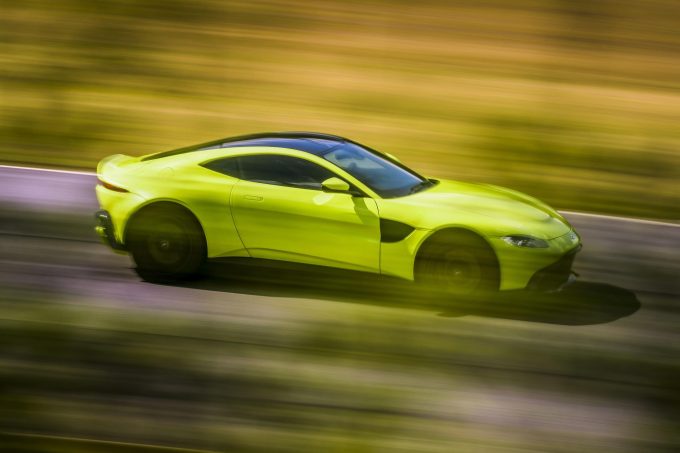 Generating 375kW and 685Nm, the twin-turbo 4.0-litre V8 is the same unit that serves duty in many Mercedes-AMG models as well as the non-V12 version of the Aston Martin DB11. It hooks up to an eight-speed ZF automatic transmission, electronic rear differential (E-Diff), with Pirelli PZero tyres. The combo is good for a 0-60mph (97km/h) time of 3.5 seconds, on its way to a 314km/h top speed.

While the styling is somewhat evocative of the Aston Martin DB10 featured in the 007 film ‘Spectre,’ the Vantage features a grille treatment similar to that of the Vulcan and a prominent power dome on its bonnet.

Other styling features include deep door scalloping, a upwards kick towards the trailing edge of the glasshouse, distinctive diffusers front and rear, and a ducktail integrated into the rear decklid. Channeling airflow was prioritised for the shape of the body.

Inside, the wraparound dash features an 8.0-inch LCD screen, powered by a proprietary click-wheel similar to Mercedes-Benz’s COMAND system. The move to a new platform means the 2018 Aston Martin Vantage weighs 1529kg, with adaptive damping added in for improved handling versatility.

Deliveries are expected in the second quarter of 2018, with Australian orders likely coming later in the year. Prices will start at AU$299,950. 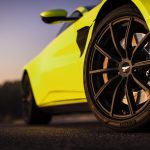 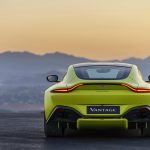 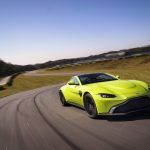 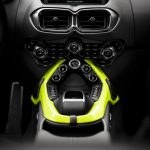 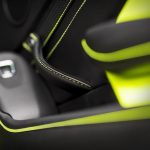 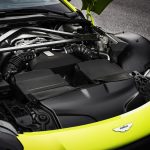 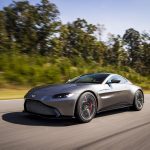 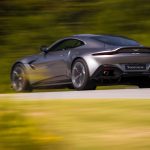